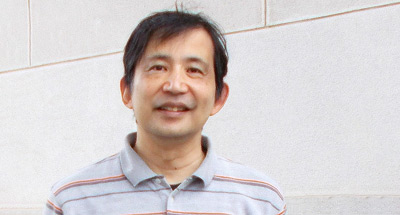 Initially, when I was an undergraduate student, I wanted to be a clinical psychologist because I was interested in psychopathology and also learning about myself more deeply. Especially, I liked Carl Jung's analytical psychology. My clinical advisor when I was a graduate student happened to be also a quantitative psychologist (an academic descendant of one of the coauthors who created MMPI). So, as I interacted with him, I became interested in quantitative psychology. When I was a teenager, my teachers all predicted that I would become a social science teacher in the future. I used to love history and geography. So, I perceive my current profession as an educator as a natural extension of my young years (though the subjects I teach are different from their predictions!)

I have been studying statistical methods called multivariate analysis using covariance (or correlation) matrix, especially techniques called factor analysis and its extension, structural equation models (SEM). Factor analysis has played a major role in the developments of personality theories. My dissertation dealt with Bayesian factor analysis. Then, my supervisor when I was a postdoc was a famous researcher on SEN. Influenced by him, I started to study SEM, too. These days, multivariate analysis has changed drastically because people have an access to high-dimensional data in which the number of variables is very large. Consequently, one of my current research interests focuses on the behavior of factor analysis under high dimensional data.